As a real estate giant sailing from Shenzhen, the economic group has been working in Shenzhen for many years. Shopping centers such as KK MALL, KK ONE and Jingji Baina have brought too many surprises to the lives and entertainment of Shenzhen residents. It can be said that Jingji has a huge influence in Shenzhen.

When the summer and autumn seasons alternated, the weather turned from cool to cool, and the scenery in Shenzhen began to change. At this moment, Shenzhen is the most charming. After several considerations, Wei Shang Interactive decided to “take the most beautiful sky” for the Jingji project:

1. "Photographing the sky and discovering the beauty of life". This theme is in line with the healthy living philosophy advocated by the economy. The economy is very happy to inspire the public's love for life.

2. Simple operation: In today's fast-paced era, every complex operation will lose a large number of participants, and taking pictures is a daily behavior that everyone will take. Choosing shooting as a positive form can avoid losing participants at an early stage.

3. Easy to attract attention and share. People are always happy to share the beauty of life. Although many participants took beautiful sky photos, we used composite photo technology to embed an economic QR code without sacrificing beauty. Among them, there are many people participating in this event, and there are many people in Beijing. 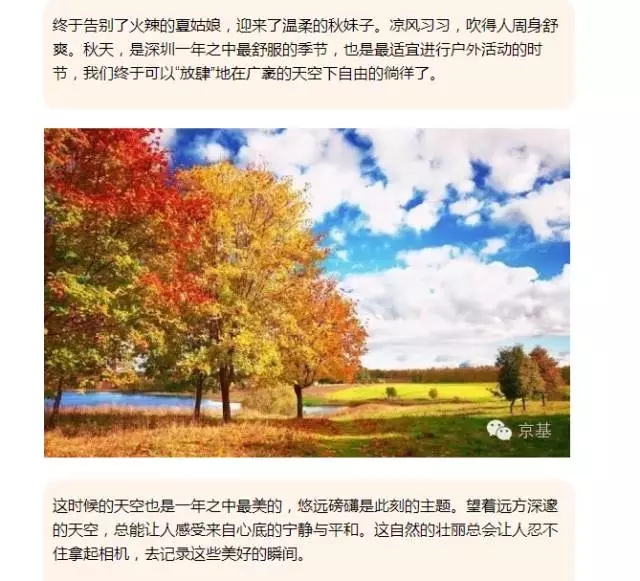 Description of the method of participation 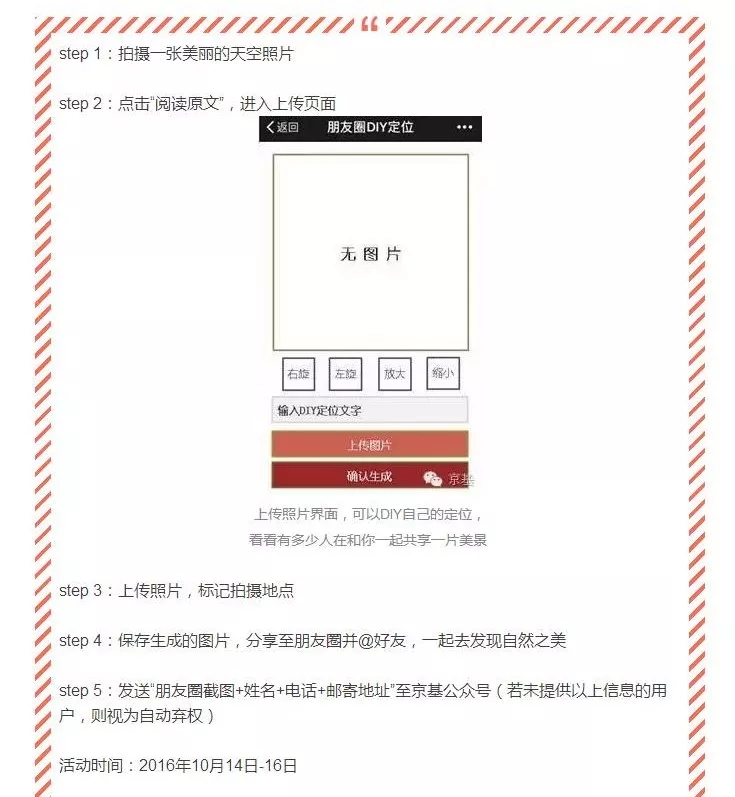 Based on the above three considerations, we plan to “photograph the most beautiful sky in the golden autumn” and make many adjustments to the economy. The event has been launched and has won the active participation of the public. As a result, the "0 distance" event plan was very successful. 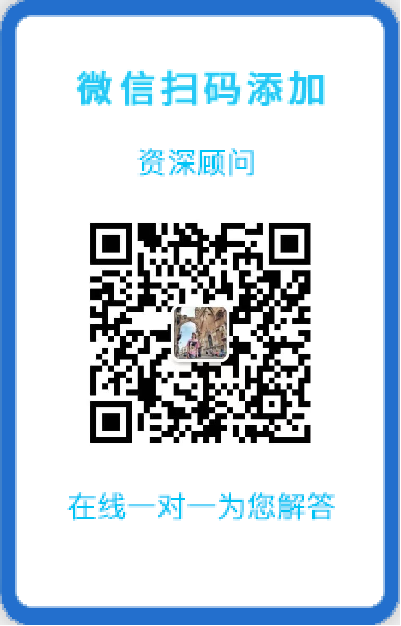